Forever a family of 5 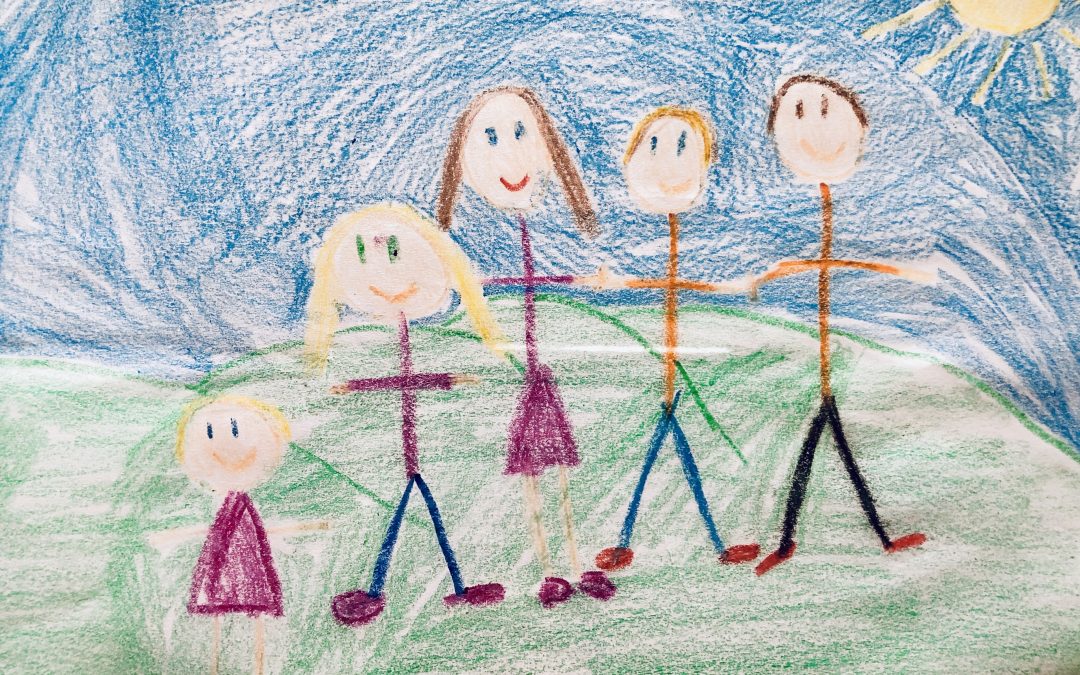 This blog became an idea several months ago as I was using my Facebook page as a way to share my grief and give updates about how we were doing after the sudden death of my son. I realized quickly that my grief, pain and sadness needed a place to go. The more I wrote, the better I felt. Putting my pain into words gave me a release and has helped me process all the thoughts and visions that were running through my mind like a time lapse video. This website is full of content about who we are and what happened to us on August 12, 2019, please look around and get to know us.

The picture above was done by my oldest daughter several years ago and I’ve had it hanging on our photo wall ever since. Sitting in church one Sunday in January, I asked my seven year old to draw me a picture of our family and I held my breath as she started to think, process and draw. I was anxiously waiting for her to finish to see how many people she would draw. When she handed it to me my heart dropped. I couldn’t let her see the tears that were welling up in my eyes and starting to stream down my face, or she would have felt that she did something wrong. She only drew 4 people and one puppy, “Rocky,” who had only been in our family for a few months at this point. You can also see that she started to write a C for Caleb, but crossed it out and named him, Dad. It broke my heart that she was confused about whether or not she could draw her brother. 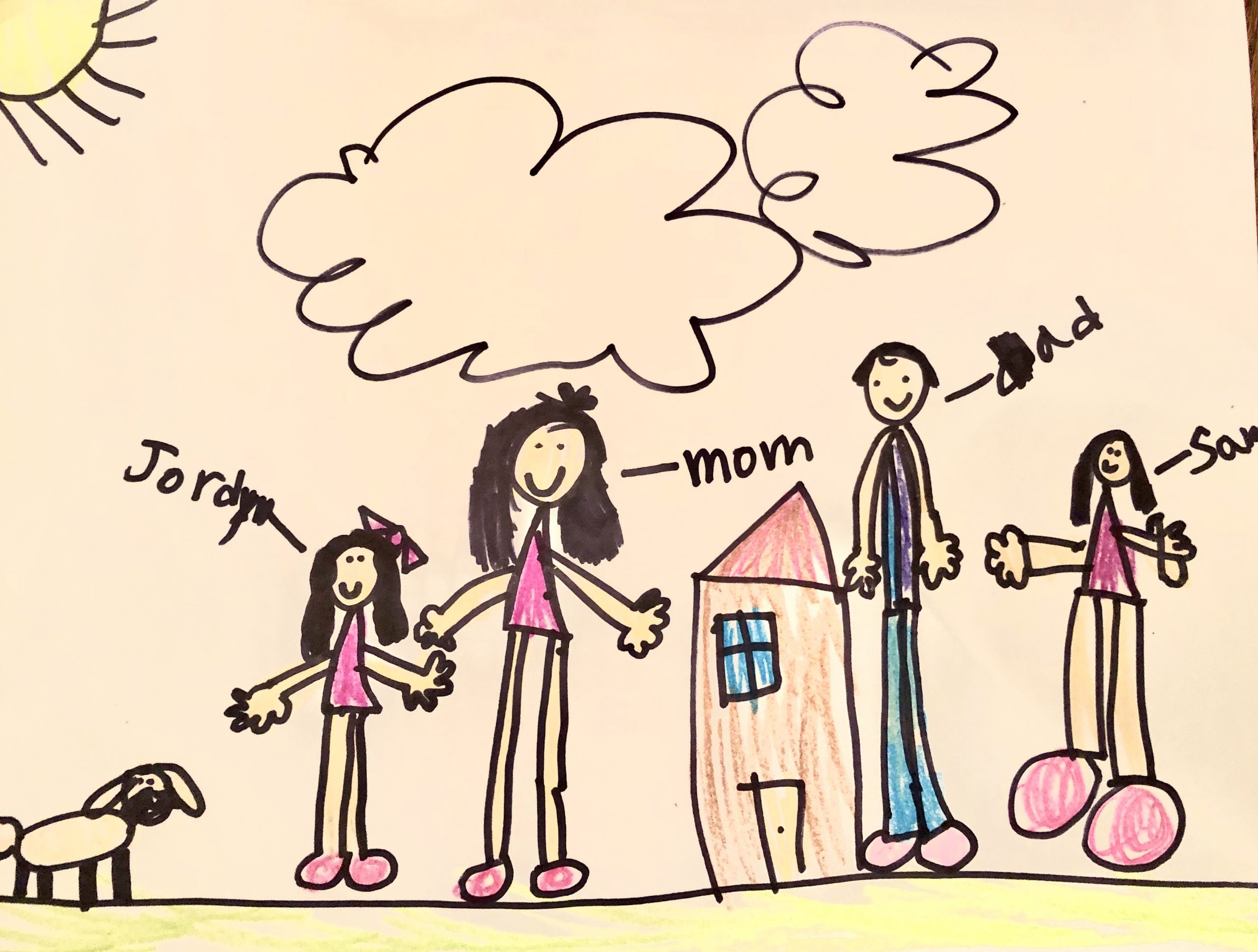 I didn’t say anything to her about it to her and I brought the picture home and laid it face down on the table for a few days. As hard as it was to see her only draw 4 people, I cannot begin to imagine how a seven year old processes what she saw that August Monday. Her big brother and best friend was dead. How could it be when she had just talked to him less than two hours before and everything was perfectly fine?

After a few days, we sat and looked at the picture together. I asked her if she left anyone out when she drew it. She looked at me with sadness and confusion in her eyes and said in a very soft voice, “Caleb?” I asked if she could tell me why, and she shrugged her shoulders and said she didn’t know. I told her that it’s okay for her to draw Caleb because he is still a member of our family, he is still her big brother and we will never forget him. I explained that we carry him in our hearts now and he’s always with us. Understandably she can’t comprehend death, cemetery, heaven and what I mean by, “we carry him in our hearts.” She doesn’t understand what happened to Caleb that night and why he died. I hate that my baby had to learn about and experience grief and gut wrenching pain at such a young age, It isn’t fair. I’m thankful she has this picture to remember the sweet bond they had. This is the last picture I took of him. They were laying on the couch playing, tickling and laughing. As I watched them together I felt a nudge to take a picture because I knew I would want to remember the moment, I’m so grateful I did. This is how I hope she always remembers him. 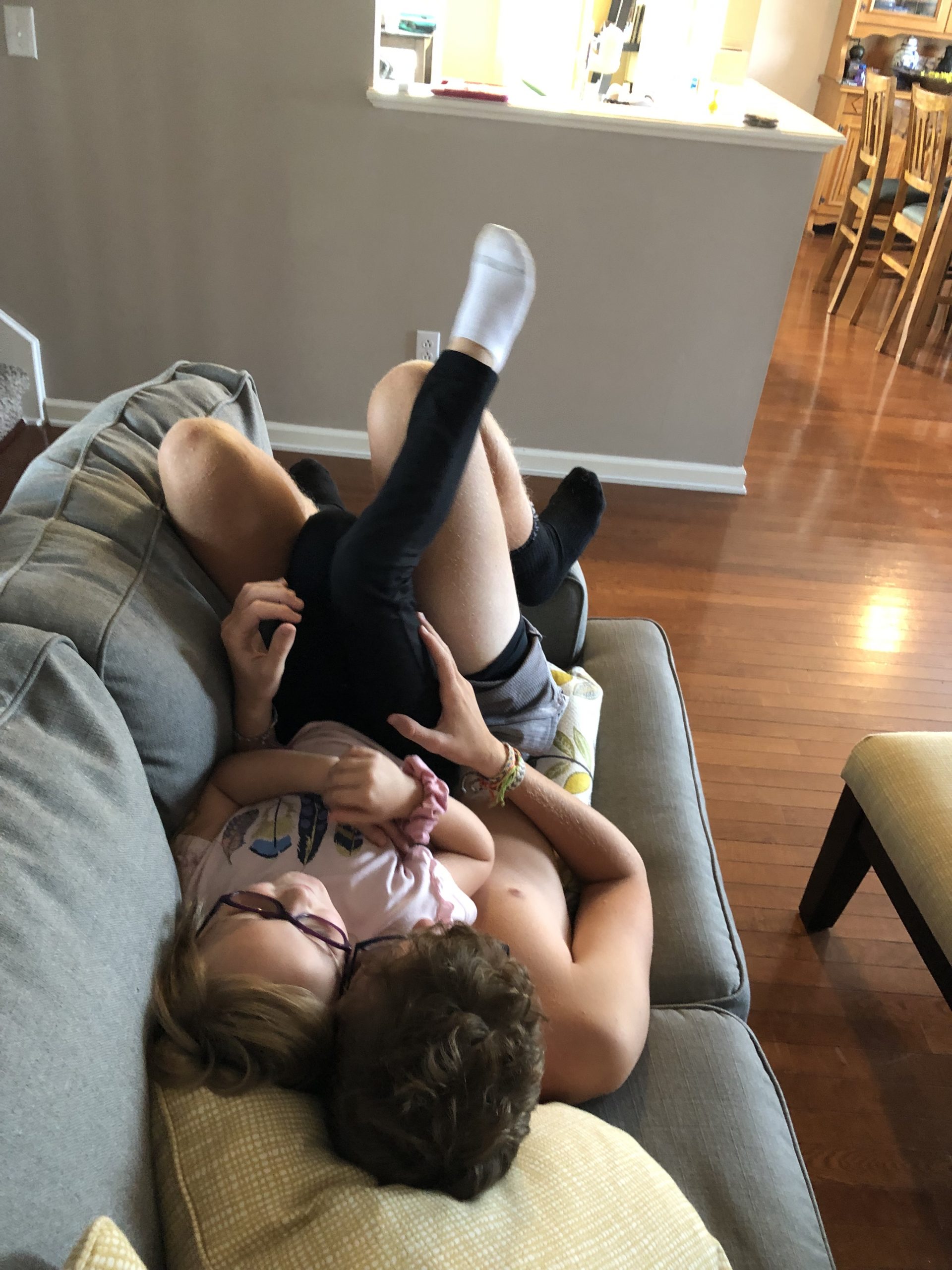 I’ve since asked her to draw me another family picture and this is what I got. Caleb has not been in a photo or made a memory with us 374 days, but we can still draw him and our family is complete on paper. Our family of 5 lives on in artwork, our memories and our hearts. 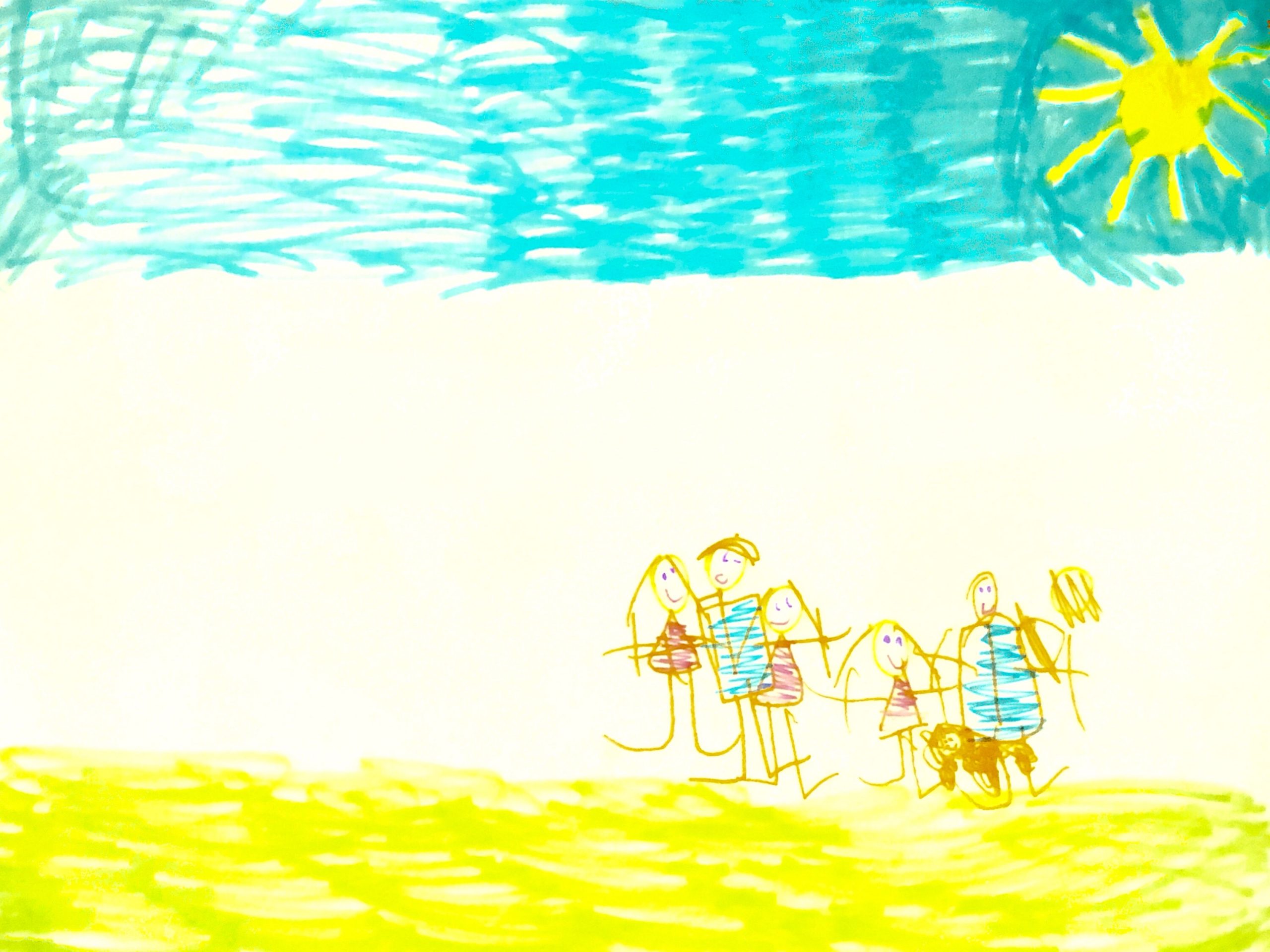